Warning: array_keys() expects parameter 1 to be array, null given in /home/customer/www/joshuaalbaneseblog.com/public_html/wp-content/plugins/digg-digg/digg-digg.php on line 98

Warning: Invalid argument supplied for foreach() in /home/customer/www/joshuaalbaneseblog.com/public_html/wp-content/plugins/digg-digg/digg-digg.php on line 98


As I sat down to review Naitik and Anupa’s wedding images and begin this post, I realized two things – that this was our first time photographing a Hindu wedding in Chicago (although we did shoot an Indian engagement party at Brookfield Zoo), and that 2013 is becoming our year for learning wedding customs and traditions from cultures around the globe.  Pretty soon our auxiliary skill set will range from pinning boutonnieres and tying bow ties to drinking like Lithuanians, speaking Hebrew, dancing Persian, and identifying popular Indian music.  We’ll even be sharing an awesome family photo trick we learned from this vibrant and super-organized wedding with you in an upcoming post.  😉 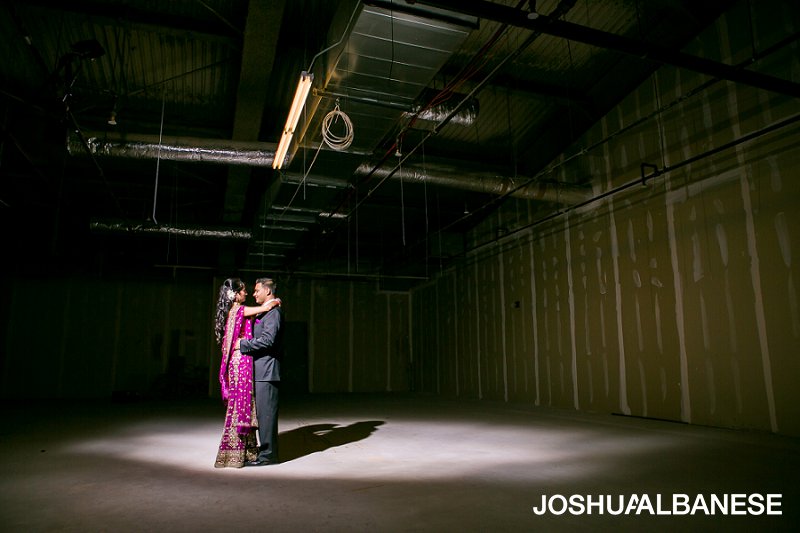 Hindu wedding ceremonies traditionally span several days, although modern couples like Naitik and Anupa will often shorten the celebrations to 1-2 very full days, so we arrived at the Hyatt Place as the staff were setting out breakfast items for early-bird guests.  As we finished our last sips of coffee, the faint sounds of tinkling bracelets grew louder before the lobby exploded into a burst of vibrant color and excited chatter.   Chandni – Naitik’s sister and expert people-wrangler (who we would love to clone) – organized the group and we all headed over to The Meadows Club for Naitik and Anupa’s first look. 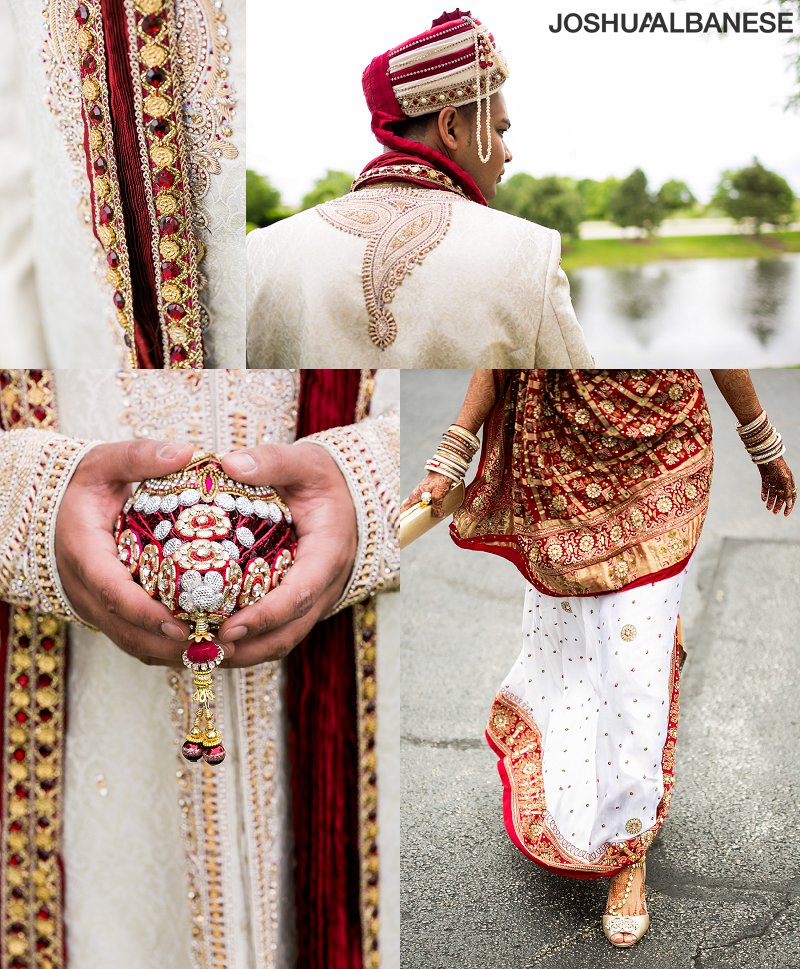 The first official event for this Hindu wedding ceremony was the Varghodo.  Naitik led his procession in style, substituting the customary horse for an ‘Italian stallion’ – a hot Ferrari.  His baraat surrounded the car singing and dancing as they made their way around the space and down to the front entrance were Anupa’s family were waiting.

Anupa’s mother welcomed Naitik and performed the traditional aarti, applying kumkum and tikka on his forehead.  She then placed two clay pots filled with rice on the ground for Naitik to break before he was led to the Mandap for the ceremony.

The Mandap – where the ceremony was performed – was lavishly decorated with crystal strands connecting the posts that represent the earth and its four directions and beautifully backlit by a thousand twinkling lights.  Dream Occasions did a magnificent job with the decor and florals, with mounded arrangements in rainbow hues at the ends of each row.  Led by an adorable flower girl, Anupa was escorted by her maternal uncles down the aisle to the Mandap.   A white curtain hung between the couple, symbolizing the traditional barriers between Naitik and Anupa.  Once the Antarpat was removed, Naitik and Anupa exchanged garlands and were then united together inside a large garland by Anupa’s parents, signifying their approval.

The ceremony continued with the Hasta Melap where the couple joins hands and scarves in symbolic acceptance and harmony, followed by the Circling of the Holy Fire to honor the four guiding principles of Dharma, Artha, Kama, and Moksha.  Naitik and Anupa then took Seven Steps together, making one of Seven Vows to each other at every step.  (I’d like to pause here and note that Naitik and Anupa served gelato to their guests during the ceremony.  We get excited when we see it at receptions – to have this refreshing treat during the ceremony was an unexpected delight and we felt spoiled.)

After exchanging vows, Naitik promised Anupa lifelong protection, presenting her with a Mangalsutra made of black and gold beads and adorning her forehad with sindhoor.  With well wishes from married female relatives and blessings from the priest, Naitik and Anupa were presented as husband and wife.

The gelato served during the ceremony was perfect to whet guest appetites for the meal that was served during the family photo session, where we were amazed by the ingenuity and hospitality displayed by our couple.  After lunch everyone gathered outside for the Vidhal, a ceremony that signifies the transition of the bride’s rights from her family’s home to that of her husbands.  Generally this is a tear-filled affair, but this group was all smiles as Naitik revved the engine and sped off with his new bride.

During the break the couple changed outfits, and when they arrived back at The Meadows for their portrait session they looked AMAZING.  It’s so easy to become mesmerized by the whole look of a Hindu wedding ensemble and we appreciated Naitik and Anupa’s attention to detail in their clothing and accessories, from Anupa’s fabulous bling to Naitik’s stylish bow tie and henna Blackhawks shout-out.  Simply stunning.

Naitik and Anupa carried their theme of opulence and luxury into the reception, where friends and family were treated to a variety of entertainments including a photobooth and signature chocolatini cocktails.  After cutting their beautiful, modern cake, the couple’s bridal party performed a few comedy skits that left the couple with blushing cheeks and provoked roars of laughter from the crowd.  Naitik and Anupa shared their first dance and then opened up the floor for everyone to join in the festivities.

Naitik and Anupa, thank you so much for giving us this opportunity to get to know not only more about your culture, but to also get to know you.  You have set the standards for every Indian wedding we shoot from here on out, given us a fabulous family photo trick, and added a few more people to our circle of friends – we hope to see you again soon!  (And now I’m off for some Nutella.  Out of the jar.  Thanks, Anupa.)